Being a pivot of the trade in the country, Gujarat is also serving as an idyllic tourist destination. From a preferential port for seafarers, the center point of business and industry, a crib for spirituality and culture, the major spot of freedom movement, abode of Mahatma Gandhi, only holder of Asiatic Lion in the country, Gujarat has it all what makes it an intriguing tourist destination in India. 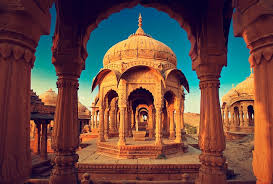